RSS
← The Eagle (1925) – A Silent Russian Robin Hood Romance
Why Are Songs About Spring So Sad? →

I recently watched the 1939 movie adaptation of Victor Hugo’s The Hunchback of Notre Dame, starring Charles Laughton and Maureen O’Hara. I was deeply impressed by the film, and Laughton and O’Hara’s performances, and I was moved to read the novel. I ordered it from the library and sat down to read the introduction, only to be met with an attack on the movie I had just watched that had led me to this introduction in the first place.

It wasn’t exactly an attack, but definitely a complaint. The writer contended that movie depictions of Quasimodo had so taken over the popular imagination that it put people off from reading the novel. This struck me as a trifle unfair, since I was only reading her complaint because I had seen the movie and never met a person who decided not to read a book because of a movie (though I do know a few people who didn’t watch a movie because of the book), though I suppose such people do exist. However, I cannot help but wonder if such people would not be reading the novel if there was a movie or not.

She further writes that “we often know just enough about great novels to dissuade us from reading them.” This is definitely true. For years I did not want to read Anna Karenina. I had some vague idea that it was about a woman wronged by society, unfairly condemned for her love and driven to suicide. This is not what the book is about, but I did not get that impression from a movie. Impressions about books come from a variety of sources. My impression came from general comments left in articles, books and critical essays and it was only when I heard there was a movie adaptation being made with Keira Knightly that my curiosity was piqued. When I read it, I was amazed at how interesting and rich the book was. Literary critics are partly to blame for this misconception. When I later read Leo Tolstoy’s Anna Karenina (Bloom’s Modern Critical Interpretation), all the articles are exclusively about Anna (though Levin is just as important a character, not to mention the myriad other, fascinating people in the story) and how magnificent she is and how everyone else are just little people who fail her. This is definitely a skewed and biased view of the book. 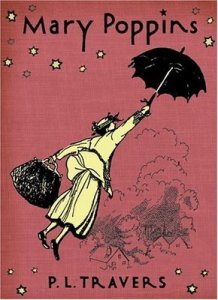 Similarly, I never had the slightest interest in The Hunchback of Notre Dame until I saw the movie. But this is an attack against movies I have encountered numerous times. I have read many complaints regarding the Mary Poppins movie; one man wrote of how people have told him they will not read the original Mary Poppins novels by P.L. Travers because they are not like the movie (though I read the book because I had seen the movie and know other people who did so for the same reason). And one grows weary of the phrase, “the book is always better than the movie.” The assumption seems to me to be that a movie is inevitably nothing more than a bowdlerization, simplification, distortion and dumbing down of a full and rich work.

This complaint also goes for history, as well. After watching the 1956 Anastasia, I went to the internet to read about the real Princess Anastasia and once again encountered complaints about how the movies distort history and give a fairy tale conception of life. I once read a scathing article about how Downton Abbey is not historically accurate. No review of a movie is complete without some sort of condescending remark about how movies ignore history or do not properly enforce reality.

Admittedly, because of movies, the popular conception of a novel or character or historical event can be skewed. As the writer of the introduction pointed out, The Hunchback of Notre Dame is not really about Quasimodo at all, but about the city of Paris. But I believe that popular misconceptions do not exist only because of movies and it is incumbent on individuals to learn not to let their vague notions of novels (and history) have the last word. It’s a valuable lesson, but applies to all vague notions besides those attained from movies (Shakespeare is responsible for all sorts of inaccurate views of English history and kings). People write throwaway comments in history that reinforce inaccurate notions. Articles, blog posts, conversations, poetry, even novels, all reinforce notions that may or may not be correct.

But such complaints miss the point, I think. Movies are flavoring. As John Le Carre said, “Having your book turned into a movie is like seeing your oxen turned into bouillon cubes.” What he means is that all that is left is flavoring. And people know it when they see a film. A historical film gives you a flavor of what that historical time was like. If people want facts, they read history (not a historical novel). But the inspirational power of that flavor cannot be underestimated. It can make a time period or a subject or a novel come alive in your imagination or make a novel seem more accessible and less daunting.

One of the greatest powers that a movie possesses is the power of inspiration. The combination of the visual and aural is an irresistible one that creates unforgettable images and feelings and I have always found movies to be the source of many of my interests. They inspire me to read a novel or to read history or to remember an emotion or event or to become interested in early American popular music or to consider an idea. They become part of my mental map, sources that I draw on in discussion and life.

My library understands this concept and always capitalizes on the release of new movies in theaters. After the release of Twelve Years a Slave, the library bought the autobiography on which the movie was based. After the release of Imitation Game, the biography that inspired it showed up in the library catalog. After Anna Karenina, copies of the novel with pictures from the film filled the shelf. Movies and novels and history should have a symbiotic relationship, not an antagonistic one. Movies are not necessarily taking people away from books. They are an interpretation of books, like any work of literary criticism. And even if people didn’t have movies, I am not sure it’s fair to assume that people would therefore read more.

And I would argue that a movie no more skews perceptions of a novel or history than a novel or poem does of history and legend. This is what art does. It creates popular conceptions, something people have in common. And sometimes, when history is forgotten, we still have art. We know little historically of any siege of Troy, but Homer’s Iliad remains with us. I see no reason to assume that movies will be any less powerful an art form throughout time than poetry, paintings, symphonies or novels.

Posted by christinawehner on March 18, 2015 in Movies

7 responses to “Movies As Inspiration”