I’ve finally done it! After years of promising myself that I would read Tolstoy’s War and Peace, after starting and stalling halfway through the book in my teens, I have at last finished reading Tolstoy’s masterpiece. But as soon as I closed the book and returned it to my shelf, I felt deflated. All the energy and attention I had invested in trying to fully comprehend Tolstoy’s expansive vision was suddenly gone. I had lost an aim in life and a constant companion.

I must say, however, that War and Peace was not nearly as difficult to read as I found it when I was a teenager. I think the key to getting through Tolstoy’s many battle sequences and dissertations on the war is to approach them, not as a history lesson, but as Tolstoy making a larger, metaphysical point: Russia defeated Napoleon’s invasion of 1812 because Russia lives by instinct, and the characters who do best are the ones who understand this, or come to understand.

Tolstoy’s cast of characters is massive, but the central characters are Prince Andrei Bolkonsky, an ambitious young man eager for military glory and inclined to morbid intellectualizing. Pierre Bezukhov is his friend, a wealthy count who spends much of the book on a spiritual quest, looking for the meaning of life and struggling against a feeling of futility. Natasha Rostova is the woman both Andrei and Pierre love, a young girl who is entirely uninhibited, free of self-consciousness, who seems to embody that intense spiritual connection to the infinite that Tolstoy values so much. Her brother, Nikolai Rostov, is in many ways like her, though perhaps not quite so intense in his reaction to the beauty of life. Princess Marya Bolkonsky is Andrei’s sister, a self-sacrificial woman striving genuinely to be good.

The backdrop for these characters is the Napoleonic Wars, especially Napoleon’s invasion of Russia in 1812. Actually, it is more than a backdrop. Russia is almost the main character. All of Tolstoy’s characters serve to illustrate Russia: its character, the expression of its soul and the deep spiritual nature that eschews artifice and theatricality (Tolstoy repeatedly shows Napoleon enamored of theatrical gestures). He calls Moscow a city that “appeared to be instinct with life” (translations by Rosemary Edmonds). He even makes the case that Napoleon is defeated by seizing Moscow. “And Moscow engulfed the army deeper and deeper into herself” and the result is that five weeks after the French entered the city “they were a mob of marauders” and no longer an army.

General Kutuzov is Tolstoy’s hero. He is the general who oversaw the driving of the French from Russian soil and he does so, according to Tolstoy, because “Kutuzov’s merit did not lie in any strategic manoeuvre of genius, as it is called, but in the fact that he alone appreciated the significance of what happened.” He was the only person who knew that by taking Moscow, the French were defeated and so he did not waste time or men with needless attacks. “This extraordinary power of insight into the significance of contemporary events sprang from the purity and fervour of his identification with the people.” Tolstoy goes on to explain why the men who shape history the most are never remembered: “Such is the lot, not of great men – grands hommes – whom the Russian mind does not acknowledge – but of those rare and always solitary individuals who, divining the will of Providence, subordinate their personal will to it.” Tolstoy has a low opinion of German generals, who embody futile strategy. 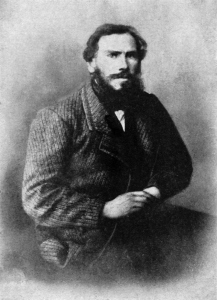 And Tolstoy’s assessment of Napoleon? “Self-confident mediocrity.” For Tolstoy, Napoleon was self-deceived because he imagined that he directed events when, in fact, the events of history are determined by the individual acts of the people, which, taken together, make inevitable what the leaders do. For Tolstoy, this means that the insignificant person has more power than any leader, who is merely reacting to what is already happening. Tolstoy doesn’t think much of historians, who look for “great” men to explain events and he goes to great lengths to show how wrong historians are, especially in their love-affair with greatness, which Tolstoy fears, gives such “great men” a pass on issues of good and evil:

And it never enters anyone’s head that to admit a greatness not commensurable with the standard of right and wrong is merely to admit one’s own nothingness and immeasurable littleness….and there is no greatness where simplicity, goodness and truth are absent.

With this backdrop, Tolstoy’s characters struggle to find their place, to reconcile desire for greatness – or even desire for self-comfort – with that world.

One of the things I like about Tolstoy (he does the same thing in Anna Karenina) is how he contrasts and parallels decisions and events that characters make. Andrei, Pierre, Nikolai and Natasha all go through an experience where they are troubled, but are then renewed with a fresh understanding of the infinite, of their place in the infinite and that so many things, in comparison, do not matter.

For some characters, like Andrei, it takes several such moments and he never truly understands until he is dying. Pierre, however, has a near-death experience. He thinks he’s going to be shot by the French and is then taken prisoner. As a result, he is able, without actually dying, to discover what really matters in life.

While a prisoner, “it did not now occur to him to cogitate about Russia, or the war, or politics, or Napoleon. He realized that all that was no business of his…” He learns that “man is created for happiness, that happiness lies in himself, in the satisfaction of human needs; and that all unhappiness is due, not to privation but to superfluity.”  He goes on to comprehend that “Life is everything. Life is God…to love life is to love God.”

Natasha seems to realize all this by instinct. After Andrei dies, she grieves deeply, but recovers faster than one would suppose, within months coming alive again and welcoming love. She seems to realize (though she never spends time reflecting like Andrei, Pierre and Marya) that it is her duty to live and be sensible of the incredible world around her.

An example of contrast between characters is Sonya – Nikolai and Natasha’s cousin – and Marya. Both love Nikolai, both of them are dependent and must suffer some abuse from their elders, and both of them are externally good. But Tolstoy draws a clear distinction between the state of both their souls. Sonya genuinely loves her adopted family, but when her aunt verbally abuses her, her response is to try manipulation to win Nikolai. Marya spends the first half of the book submitting her will to her tyrannical and senile father. When it comes time for her happiness, she earns it, not through any efforts of her own, but because Nikolai recognizes the beauty of her soul and character because of how she has responded to trials. She submitted her will, Sonya did not. Tolstoy writes of Marya, who is not beautiful, as Nikolai sees her:

For the first time all the pure, spiritual, inward travail in which she had lived till then came out into the open. All her inner searchings of spirit, her sufferings, her striving for goodness, her resignation, her love and self-sacrifice – all this now shone forth in those radiant eyes, in her sweet smile, in every feature of her tender face.

As a result, unlike Sonya, she has a deeper spiritual connection with other people and is able to understand them, even without words. This deep spiritual connection is everything for Tolstoy. It is also the source of wisdom for his characters. After Pierre’s experience as a prisoner of war, he discovers that he no longer has difficulty making decisions, since “now there was a judge within him.” Nikolai, likewise, seems to often know what is right, though he cannot argue effectively: “for in his heart he knew – not by reasoning but by something stronger than reason – that his opinion was the right one.”

The irony is that the end of Tolstoy’s novel does not feel like an ending, but like a new beginning. Tolstoy originally meant to write a novel about the Decembrist Revolt in 1825. Pierre was going to be a character returning from Siberian exile in the 1860s (nearly contemporary with when Tolstoy serialized War and Peace in 1865-1867). But as Tolstoy studied the revolt, he felt that the roots of it were to be found in the Napoleonic Wars. War and Peace ends in 1820, five years before the revolt and you can already see Pierre espousing views that could lead to trouble. 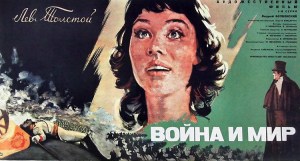 It is a great irony that after all Pierre has discovered, after 1400 pages of Tolstoy underlining the hubris and folly of a single person imagining that they are uniquely able to influence events (Napoleon is his ultimate example of this folly), it is about to start all over again. Not only Pierre, but Andre’s son, Nikolai Bolkonsky, who dreams of making his father proud, saying “everyone shall know of me, shall love and applaud me.” Of Pierre, Tolstoy writes that “at that moment it seemed to him that he was chosen to give a new direction to the whole Russian community and the world at large.” Pierre, it seems, can’t help himself. He deplores evil so much that he longs to do something to alleviate it, not realizing that it is not for him to do so.

But perhaps there is hope for Pierre. Pierre and Natasha have a happy family, something Tolstoy greatly prized (despite his own difficulties in his personal life and conduct). Marya says of Pierre’s ideas that “it is our duty to help our neighbors…but he forgets we have other duties nearer home, which God Himself has marked out for us, and that we may run risks for ourselves but not for our children.” Theoretically, Pierre’s family and responsibility to his family could save him from folly. One wonders about Nikolai Bolkonsky, though.

Posted by christinawehner on November 4, 2015 in Books