Should You Read the Book or Watch the Movie First? 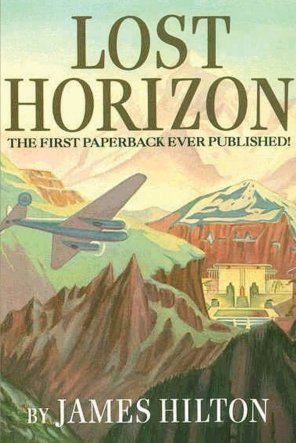 I used to almost always watch the movie before I read the book: The Lord of the Rings, Pride and Prejudice, Mary Poppins, Les Miserables. My theory was that you could never be disappointed in a movie for not living up to the book if you had not read the book. Jane Eyre was an exception and I never have found a movie that does it full justice.

But then I had an attack of guilt. Wouldn’t it be more rewarding to read the book first? Wouldn’t it free my imagination from having to adhere to the dictates of someone else’s imagination as portrayed on film? Wouldn’t it at least slow my movie watching down somewhat closer to the speed at which I read?

I began to read more books before watching the movie. The result? Disappointment. Movies I would have enjoyed more suffered because I had the book in mind so closely I couldn’t let go and simply watch the movie for what it was. I began to rethink my dictum.

Only to rethink it again! I’m very double-minded on this point.

It really seems to depend on the book…and movie, which unfortunately means you often don’t know which should come first until you’ve both read and watched them. But I have noticed a few patterns to create a sort of guideline for myself (we’ll see how long I follow it).

The first thing I’ve discovered is that my imagination is not affected by movies. When reading, I seem to have no problem shedding memories of anything I’ve seen before and will generally see in my mind’s eye completely different people and settings than anything conjured on a screen.

Guideline #1 – If the adaptation is relatively close to the book, read the book first. That way it can enrich the movie you are watching, filling in any inevitable gaps that come from translating a story from print to screen. This was especially true for me with War and Peace. I could not seem to get through the 1972 BBC series until I read the book. Once I had done that, suddenly the series came alive.

Guideline #2 – If the adaptation is not close to the book, watch the movie first. It allows you to accept the film for the entertainment it is without trying to fit it into any preconceived notions. I had this trouble with She recently. I am convinced I would have enjoyed the movie more if I had not just read the book. Same thing with the 1935 The Mystery of Edwin Drood (with Claude Rains). 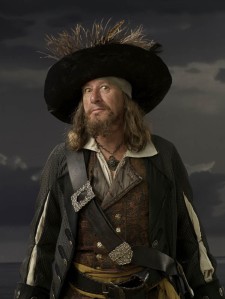 The King of Guidelines

Qualifications or Caveats – In the words of Barbossa from Pirates of the Caribbean: “the code is more what you’d call “guidelines” than actual rules.” The moment I wrote my guidelines, I instantly thought of exceptions. To be honest, when it comes to BBC mini-series adaptations of Charles Dickens, Jane Austen, Anthony Trollope, etc., it honestly doesn’t seem to matter which order it comes in. My enjoyment of these books has never been dinted by having previously seen an adaptation, though perhaps it’s still true that my appreciation of the adaptation is enhanced by familiarity with the book. When it comes to long books and long adaptations, I’m not sure order is as critical.

But watching a good adaptation can be like debating with a friend about interpretation of a beloved novel.

Perhaps another guideline should be that if the book is short, read it first (this might apply to short stories, too). Trying to read The Maltese Falcon after watching the remarkably accurate 1941 film was, at times, less than gripping, because it was so close that I occasionally felt like I was reading a screenplay of the film. The book came most alive when I came across something that was not in the film. The same is true with Rex Stout’s Nero Wolfe (and the TV series from 2000 with Timothy Hutton and Maury Chaykin) and Agatha Christie’s novels. Maybe the guideline should be that if the story is a mystery, read it first.

But sometimes it honestly doesn’t seem to matter. I enjoyed reading James Hilton’s Goodbye, Mr. Chips before watching the film, but didn’t suffer in the least when I watched Lost Horizon before reading it. And other times, a movie has made a difficult book more accessible.

What brought these thoughts on was an excellent review by FictionFan on Rumer Godden’s novel, Black Narcissus, and the Powell and Pressburger adaptation. She made me extremely eager to read it as well as revisit the movie to see if it made more sense to me. In other words, is this a case where it would have been better if I’d read the book before watching the movie? I guess I’ll have to wait to find out.

What do you think? Do you prefer to read the book or watch the movie first?

Posted by christinawehner on February 15, 2016 in Books, Movies

32 responses to “Should You Read the Book or Watch the Movie First?”