How Do You Identify With Fictional Characters? 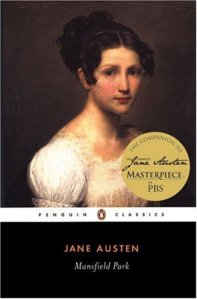 So, I have a question for everyone that has intrigued me for the last few days. How do you identify with characters in a book?

It occurred to me, recently, that my reaction to characters often hinges on whether or not I would like to know them. This is why, I think, I tend to side with the “good and boring” characters in books rather than the frequently “complex” characters.

I think this is also why She from H. Rider Haggard’s She drove me absolutely up the wall. A woman who enslaves men with her beauty and turns them into fatuous idiots and has no use for other women? Yeah, I would definitely hate meeting that kind of women. Yet other readers have enjoyed her power over men. Are they, perhaps, identifying with her rather than imagining meet her?

But as Richard Jenkins wrote in A Fine Brush On Ivory: An Appreciation of Jane Austen in regards to the worldly Mary Crawford’s affectionate response to Fanny Price and the people of Mansfield Park, “it is simply more agreeable to be among decent, good-hearted people than out in the cold wide world.” This, of course, mostly applies to meeting real people rather than fictional ones.

But on the whole, I do not identify with characters and rarely see myself in them.

There is one character, however, I identify with. Not because she’s just like me, but because I could so easily imagine myself in her place, thinking as she does and reacting similarly. It’s Fanny Price from Mansfield Park, perhaps my most cherished Jane Austen novel. I’ve read Pride and Prejudice more often, but I have a special affection for Mansfield Park and a special sense of protectiveness towards Fanny Price…not that she is likely to need it by the end of the book.

But most people do not warm to Fanny Price. They find her powerless and insipid. She’s certainly not Jane Eyre. But I find her intellectually curious, timid, possessing a powerful response to nature and beauty, a warm heart, unalterable principles that she is willing to stand up for, overly anxious about her interactions with people, a sharp and incisive mind in regard to her assessment of people (though she has to learn confidence in her own judgments), sensitive (perhaps overly so), inexperience with the ways of the world, and a strong sense of duty. But she’s not an exciting person.

Though Richard Jenkins writes (whose book I love because he loves Mansfield Park as much as I do) in response to the frequently expressed thought that one cannot have a mousy heroine, “It has been one of the boasts of the novel that it does not restrict itself to the splendours and miseries of the grand, the glamorous, and the clever; all human life, however ordinary and unspectacular, comes within its purview…Plenty of people are dull or insignificant or lacking in talent and resources. If they cannot play a leading role in a work of literature, we must conclude that there is much that literature cannot do.”

But in truth, if I am going to identify with anything, it is usually feelings or emotions or ways of thinking rather than actual characters. Many people talk of identifying with Jo March. I never did. Quick temper? Not me (have you ever noticed that mild personalities rarely garner respect in novels? Mild personalities frequently translate as tepid. Literature loves nothing so much as a quick temper). But the last time I read Little Women, I managed to look beyond the externals of her personality and recognize – not character – but feelings and thoughts that resonated with me.

This still is not a common sensation for me, though. It has occurred most frequently with Jane Austen and Leo Tolstoy’s novels. They have an extraordinary ability to convey how real people think and react.

I’ve always thought there was a dearth of certain kinds of personalities, though, and my question has been, do I not identify because people tend not to write about characters who I would identify with, or is it simply the way that I approach books that prevents me from more closely seeing myself in other characters?

Of course, there is also the instances where I simply enjoy the creation of an unusual and fascinating (or humorous character), quite apart from whether I like them or identify with them or would want to meet them. Mrs. Gibson from Elizabeth Gaskell’s Wives and Daughters. Mrs. Bennett and Mr. Collins from Pride and Prejudice. Jeeves and Wooster. These are characters who are simply a joy to read about.

Posted by christinawehner on February 7, 2017 in Books 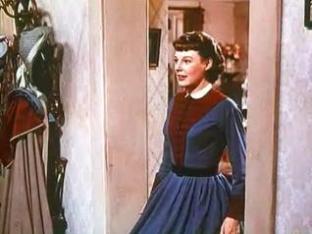 I’ve been having something of a Little Women-fest on this blog for the past week and a half, but before I allow the book to rest, there is one more thing that has been teasing me that I wanted to explore. As I canvassed the internet and read the differing opinions of fans, I was struck by the intensity and implacability of opinion regarding who Jo March should have married and I began to wonder why that was. I am always intrigued when opinion is evenly split. It can mean that both sides have a good case, but neither has an overwhelming one. Does that mean there is a fault in how Louisa May Alcott set up her story? It could be, but I wonder if there is another reason, too.

When we read novels, we find characters we feel inherently in sympathy with, characters we understand or want to be like or especially feel invested in. When that happens, we say that we “identify” with that character and nowhere have I found a character more identified with than Josephine March (though with heady competition from Elizabeth Bennett). I have read it, heard it, and met many people who have told me that they grew up reading the book feeling a special kinship with Jo.

When I first read Little Women, though, I did not identify with her. I was a child and couldn’t see past some of Jo’s more glaring personality traits, like her temper, her impetuosity, her quirky and stubborn moods; traits I did not share. But when I read it again, I could see the common ground. Her childhood dreams of writing, the childhood dream that anything is possible and that money and fame are just waiting for you, her love of life and disinclination for and awkwardness in society, her desire to travel, her reading habits, her tom-boyishness, her warm love of her sisters, her fear of losing her sisters, her discovery that childhood dreams are not always to be, or even what we want as we grow and change – I could understand these things. She’s a dreamer and a bit of a social misfit and a writer. And she’s not considered conventionally attractive (we women can be insecure about our own appearance and I have not heard nearly as many women identifying with overtly beautiful female characters). Jo’s very modern, then, in her personality, but she has been loved in every generation since her creation in 1868.

In Jo March, Louisa May Alcott seems to have created the universal woman; we can all see something of ourselves in her. She’s complex and doesn’t stay the same, which also means we can see ourselves in different stages of her life. Perhaps we are more like she was when she was fifteen, or perhaps more like her when she is twenty-five.

My theory is that because we can project ourselves on Jo, it makes it very personal who Jo marries. It is no longer a question of who we think Jo should marry, but who we would rather marry. If you can’t imagine marrying a stuffy old professor, then you would hate it if Jo married him. But if, instead, you cannot imagine marrying an immature boy, then you would be appalled if Jo were to have accepted Laurie (I am, admittedly, being unfair in my descriptions of both Laurie and Professor Bhaer for dramatic affect). Her journey, her dreams, are the journey and dreams of so many women; it’s difficult not to take her ultimate destination personally.

Posted by christinawehner on January 21, 2015 in Fiction, Literary Thoughts

Love, But Not As We Know It

Andrea Lundgren and I have come to the end of our blog debate and I want to thank her for participating! I had a wonderful time writing and reading and found her thoughts extremely thought provoking. In closing the debate, she has written a post summing up her conclusions, both on Jo’s choice of husband and on the nature of marriage and love.

I’ve been thinking about Little Women and Jo March’s romance all weekend, and I think the difference of reader opinion about who she should’ve married–Laurie Laurence or Professor Bhaer–is rooted in our own perspectives on love and marriage. The two men represent very different kinds of relationships, and our response to them is largely determined, I think, by which sort of marriage we like, want, or have.

Being married to a person like Laurie would be an adventure. He’d want you along for all his schemes, helping him get in and out of trouble. You’d be his best friend, and, for it to work well, he’d have to be yours. He’d share everything with you: his worries, frustrations, struggles, successes, striving for your approval, looking to you for comfort. You would be everything to him, and for the marriage to work, he’d have to be everything…

Posted by christinawehner on January 19, 2015 in Fiction, Literary Thoughts