It has been some time since my last post – over six months. In that time, I have read many good books, watched many excellent films, and developed a new passion for Korean drama. I have not, however, been able to write about any of that, but I want to correct that this year.

I have been considering whether or not to include the occasional review of Korean dramas (called Kdramas) on this blog. They are often 16 episode series, which tell a continuous story. They can be thrillers or romances or comedies or fantasies…though Kdramas often seem very comfortable including random, unexplained fantasy elements in their stories: the ability to read someone’s mind, time travel, made-up medical syndromes. My own persona favorite Korean drama is the 2018 series called Call Me Mother, a low-level thriller that is really a drama about motherhood in all its manifestations.

But since Korean dramas do not exactly fit in with the general theme of my blog, I am hesitating about including any reviews. However, I might try one or two reviews, just to see how things go.

I have also been continuing with my passion for Japanese Cinema. I am thinking of writing a piece on some of the great Japanese directors of the 1950s: Akira Kurosawa, Yasujiro Ozu, Kenji Mizoguchi, Mikio Naruse.

Another lovely discovery has been the two French film comedians and directors: Jacques Tati and Pierre Etaix. They made films during the ’50’s, ’60’s, and ’70’s, but are heavily influenced by silent comedy, though they also make inspired and hilarious use of sound.

I would like to develop a post about my growing (highly amateur) appreciation of cinema as an art form worthy of the same respect as poetry, architecture, opera, drama, or any other recognized art. I would also like to air out a theory about the use of music in a film. I’m beginning to get very opinionated about that, actually. Maybe that will be my next post! I will include Tati, Etaix, the film Dunkirk, Lord of the Rings, Pre-code cinema, Ozu and silent movies. 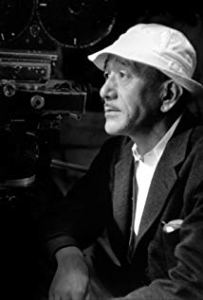 Yasujiro Ozu – I cannot admire his films too much!

I’ve been reading a lot of British literature from the Victorian era, as well. I would like to perhaps write some reviews on some of the books I have read (and am reading). I am currently also reading Les Miserables, which I have decided is part history, part journalism, and part fictional story. Victor Hugo seems to have never met a literary aside that he didn’t like or want to share. He is positively brimming with opinions and things he wants to share with his reader. He makes Charles Dickens’ look positively restrained! But there is no denying the power of his story or his writing (when he isn’t telling the reader about the battle of Waterloo; it takes him about sixty pages just to get back to the story). But his story is well-nigh un-killable. It even survives bad adaptations (for a really good adaptation, try the 1934 French version of Les Miserables, directed by Raymond Bernard).

Sir Walter Scott has also been on my radar, mostly because he was so vastly influential on the Victorians (most notably the Brontë sisters). His poetry is mentioned in Jane Austen’s Persuasion and Charlotte Bronte’s Jane Eyre. There are a small group of dedicated fans who maintain that his literature is far more artful than is generally credited and I am willing to give him a try, focusing on his novels set in Scotland, rather than his most popular medieval work, Ivanhoe.

I hope everyone else is doing well. I would love to hear what everyone is reading, watching, thinking, music they are listening to. It should be a good year of movies, music, and books! I look forward to it.

Posted by christinawehner on January 24, 2019 in Books, Movies