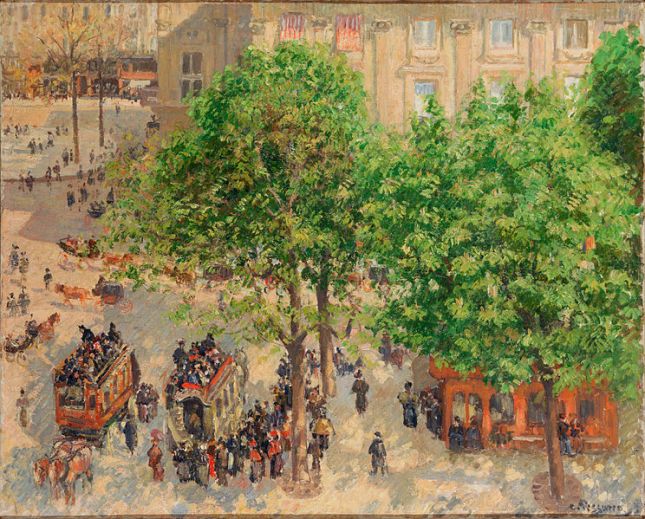 Vernon Duke is not as familiar a name as his friend and mentor’s, George Gershwin. Vernon Duke was born Vladimir Dukelsky and studied to be a classical composer before he and his family fled during the Russian Revolution. In America he met George Gershwin and when he began to write popular songs, at Gershwin’s suggestion, he changed his name to Vernon Duke, though he still had an extremely prolific career as a classical composer under the name Vladimir Dukelsky.

Vernon Duke is probably best known for writing the songs for  the musical “Cabin in the Sky,” which was later made into a movie in 1943 with Ethel Waters, Lena Horne and Eddie Anderson (“Taking a Chance on Love”). His other most famous song  is “April in Paris,” written for a revue in 1932 called “Walk a Little Faster” with lyricist E.Y. “Yip” Harburg, who is familiar to most people, without being commonly known, for his lyrics to Harold Arlen’s songs in The Wizard of Oz.

Oddly enough, “April in Paris” was not considered a success after the revue closed, but seems to have gradually gained momentum through the years until now it is considered a standard of American popular songs.

This is my favorite version of “April in Paris,” sung by Sarah Vaughan with trumpeter Clifford Brown, from their album together.  This seems to personify “melodramatic lyrics and urbane music,” quoted on the invaluable site Jazz Standards from Philip Furia’s book on Tin Pan Alley.

in 1952, Doris Day and Ray Bolger starred in the film April in Paris, which was not a success, but featured the song and when Doris Day also recorded it, it was a hit for her.

According to Jazz Standards, it was this 1956 recording by Count Basie and his Count Basie Orchestra that made this song a jazz standard and not just a popular song.

Posted by christinawehner on April 15, 2015 in Great American Songbook