The inimitable Silver Screenings and I are delighted to announce the “Movie Scientist Blogathon: The Good, The Mad, The Lonely!”

Why? – Silver Screenings and I were discussing how scientists who work alone are prone to silly errors. In a collaborative environment, surely Frankenstein would not have inserted that abnormal brain into his monster. And surely Dr. Jekyll would have had no need to test his formula on himself (talk about uncontrolled environment!). The greatest mistake scientists make is to work alone. And in many ways, the scientist is alone…a unique figure burdened with responsibility. Scientists, perhaps even more than superheroes, get to either save the day or wreck it.

But then we thought, there are so many different kinds of scientists in the movies. Why not collaborate to celebrate all of the them, the great diversity of scientists in all their manifestations of good, mad and often quite lonely.

When? – February 19th, 20th and 21st. Each day will be dedicated to a different subset of movie scientists.

Many scientists are both mad and work alone (like Frankenstein) and others work alone and are good (like Dr. Serizawa from Godzilla), so when that happens you can choose which day you wish to post your entry.

How? – Pick a movie with a scientist to write about and sign up using our sign-up sheet below. Any scientist from any movie from any time is great! Have a silent movie scientist in mind? Or a scientist from a movie that just came out yesterday? They are all fair game, though due to the vast number of options available we are limiting this blogathon to movies and not television.

Also because of the vast number, we have chosen not to allow multiple posts on the same movie, but if someone has chosen, for example, The Fly from 1958 and you want to review The Fly from 1986 that’s fine. Likewise, if you want to do Dr. Jekyll and Mr. Hyde from 1931 and someone else is comparing the 1931 version with the 1941 version, that’s okay, too, though we hope to cover as many different scientists as possible. We have a movie roster below the sign-up form, showing which movies have already been chosen.

On each day of the blogathon, Silver Screenings and I will put up a post containing all of that day’s entries. To send us your post, you can simply paste the link to your post in the comments section of either this post or the one we will put up and we will add it in.

Feel free to grab one of the posters at the bottom of this page and help us promote. We are quite excited to hear from everyone!

Sign-Up – Silver Screenings and I want to thank the talented Kristina of Speakeasy for helping us with our sign-up form, which makes the process beautifully simple.

Movie Roster View Sheet – You can also click HERE to open the roster in another window. 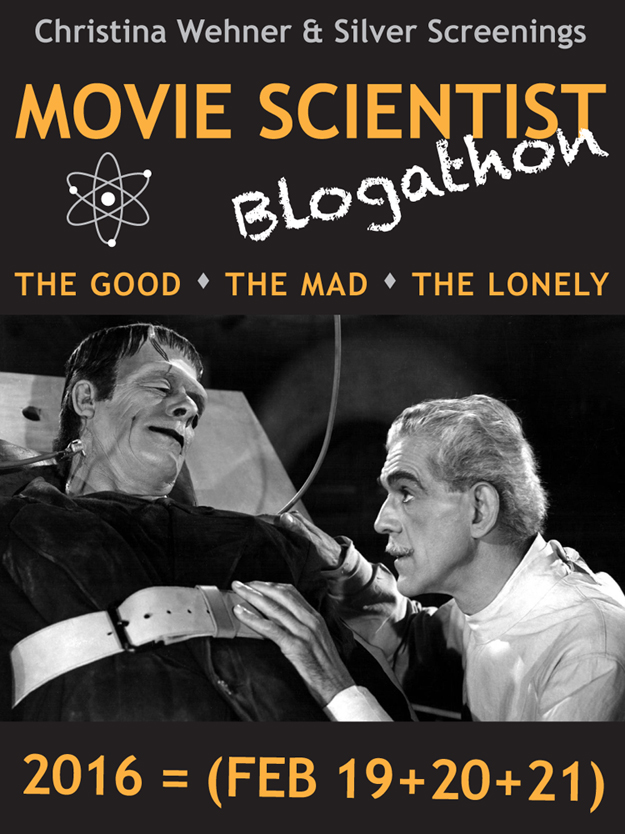 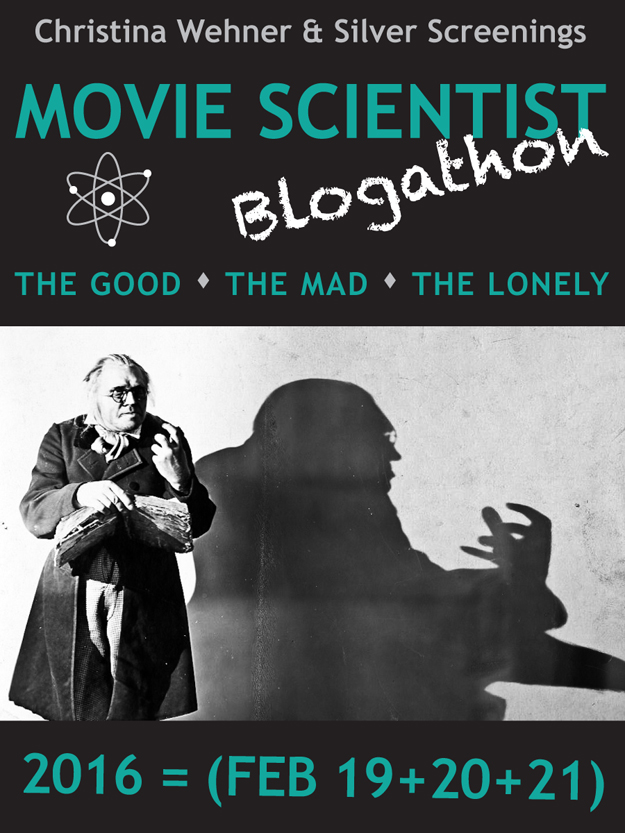 Posted by christinawehner on December 16, 2015 in Movies